Reggio di Calabria - Welcome to the Heart of the Mediterranean

The Bergamotto city of Reggio di Calabria boasts an impressive seafront promenade, overlooking the Tyrrhenian and Ionian Seas. It is sitting pretty in the heart of Mediterranean Sea and bordering the provinces of Catanzaro and Vibo Valentia in the Calabrian region.

Its location between the sea and mountains makes it an idyllic destination that is the main ferry launching point to Sicily, separated from the mainland by the Strait of Messina.

A land rich in distinct flavors and colors, Reggio is a mosaic of holm oaks, beeches, chestnuts, and white firs alternating with the vine and olive cultivations. It is witness to the formation of the region’s natural landscape and preserves its centuries-old torrents and overhanging hills, which are beautifully adorned by brooms, ferns, myrtles, strawberry trees, cactus pears, and oleander.

Along the Tyrrhenian coast, the center of attraction remains the mesmerizing stretch of Costa Viola, with extensive terraces built on the cliffs overhanging the sea and reflecting bewitching colors of the sea at sunset. 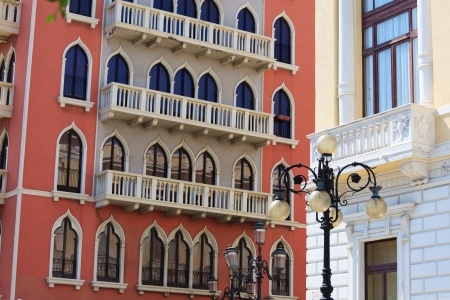 Beyond the seafront, this ancient Greek city is blessed with numerous architectural landmarks that have preserved their identity and continue to attract visitors interested in exploring the history of the region. 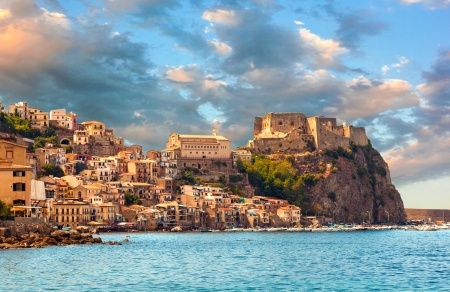 Reggio di Calabria has undergone rampant reconstruction and experienced alternate times of splendor and decadence after back to back earthquakes that dealt a big blow to the architecture of the region. Reggio di Calabria goes on a frenzied state during festival time, when locals indulge in grand festivities and celebrate local festivals with a stunning display of fireworks by the beach.

From "Reggio di Calabria" back to "Destination Calabria"