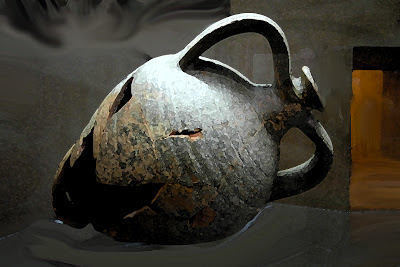 It had been 25 years since I’d last been in Calabria. I was expecting at least 25 years’ worth of change. What I found was far from that.

In many ways Calabria is a time capsule. Nothing exemplifies it better than the vineyard Nicodemo Librandi and Attilio Scienza arranged. Circular in design, Librandi and Scienza scoured Calabria for the forgotten native grapes and laid out 160 plus varieties as a living museum to a place many consider the ground zero of Italian viticulture. 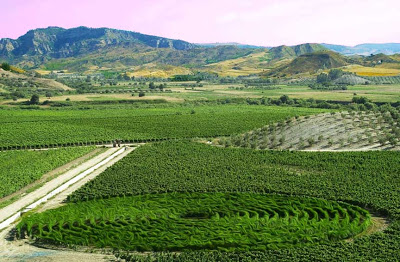 “We are standing in a vineyard that has been cultivated for 2,600 years," Paolo Librandi told me. 100 or so generations, toiling, wishing, dreaming, sweating. Sometimes history isn’t so glamorous.

Coming upon the vineyard was a revelation. There are many accounts of the wildness of Calabria, from the plants to the animals to the sociological. What struck me wasn’t that Calabria is so wild as much as it still retains a feral nature. You can see it in the sky, with the long-winged hawks searching the ground below for their supper. You can feel it in the waves that pound the shore of the Ionian coast. In the mountainous zones you can hear it in the pines and firs, humming their polyphonous chant with the wind. And you can see it in the eyes of the people who are every bit as indigenous as the ancient vines. 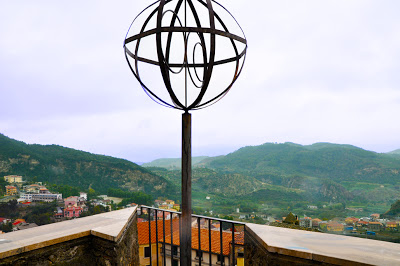 Viewing the surrounding countryside on an overlook in the medieval town of Santa Severina, Calabria looks to be a blend of modern with ancient, wild with cultivated. From the eagle’s nest, all appears to be in order, peaceful, logical, proceeding forward.

On the ground, be it in a bar or a shop, Calabria bears the weight of Italy and the current crisis the country is sharing with some of the other southern European countries. Calabria being one of the southernmost of regions in Italy, unemployment, lack of visible opportunity, or perhaps social roadblocks prevents those opportunities from germinating more freely here than in the North, contributing to the malaise of the region. 35 years ago, the first time I came to Calabria, I was broke. Back home we rented a small cottage, worked three jobs, had a car I kept together with duct tape, took our dirty clothes to the public laundromat. So when I saw my cousins with their family home, a washing machine and a nicer car than I had, I thought their standard of living surpassed mine at the time. 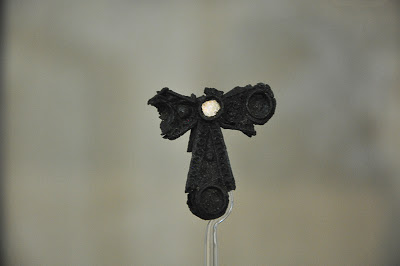 Ten years later, when I returned, my life had improved considerably. Theirs appeared to have been standing still. That was 25 years ago. 25 years later, yes, many people have a nice car, their clothes aren’t shoddy. They look well fed. From what I saw. But there seem to be two worlds, the outer one and the other one, which furtively reflects the daily life of the region. What do I know of it? I am here for the wines and a little diversion in a restaurant or two. Has Calabria stood still? Or even stepped backward into socio-economic primordial slime? 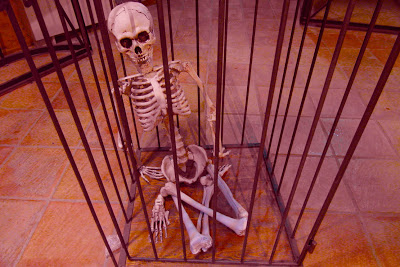 I was talking to a lady in my office who comes from Ciudad Juarez, on the border of Mexico with Texas. In the past years Juarez has been the scene of horrific bloodshed, a battleground of terror on our back porch. We were talking about Calabria, as she was interested in it, and I was asking her about Juarez, as she goes there often. The mood I got from her is that Juarez isn’t as bad is it once was, but she isn’t as affected by it on a daily basis as folks who have lost many of their loved ones. I don’t know this, but I wonder if Calabria has slipped a little more than the other regions. Surely I feel something, that same something I felt in the 1970’s and 1980’s in Sicily. Calabria seems even more wild West, though, as if the men in the black hats have become the latest force to overrun Calabria, as has happened so many times in the past 2,600 years.

Whether Calabria, as a more viable society and independent economic force in its eventual history, will overcome these new overlords in black, is still too soon to know. Maybe, as it often has been the case in Calabria, only time will tell. 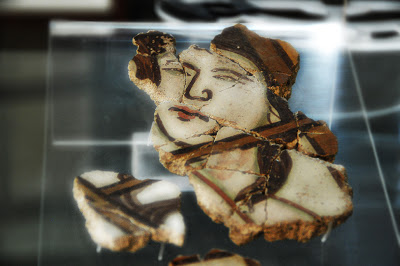